Is Elliott Wave analysis worth your time?

As everyone else I have a small set of 'standard jokes' that I like and bring out of the bag from time to time - frantically hoping that the listener hasn't heard them from me a million times before. One of these jokes is about "the two types of people". There really is just two types of people in this world...those who divide people into two types, and those who don't :-). This is where you laugh. Ok, a smile is enough. But what's the relevance to Elliott waves? Well, there's only two types of reaction to Elliot waves: People either loathe Elliott waves (hates them, snubs them, spits on them or disregard them, the same thing) or they don't know about them. It's not a love-hate relationship. It's a hate-"don't know it" relationship. In the below text I assume you have at least a slight working knowledge of Elliott waves. In a future blog I will write a bit more, although Elliott is by far not the most important tool for me.

So you want a quick answer. Yes, Elliott wave analysis IS worth your time. Definitely. I know I'm a minority. I have to live with that. I just know how valuable Elliott waves are. I've seen too many people slander a perfectly wonderful system, and so I have to stand up for it, even if few others will.

So what's so great about it? Two things: Perspective and Corrections. It provides a unique perspective on price movement. Both in really big, long term graphs and in daily charts (even intraday charts). Its fractal nature gives me such a nice breath of air because it is logical and I can see events unfold in a natural way. I did say "perspective" and not "forecast". You don't necessarily forecast "into the future" as beautifully or as accurately as you get "perspective into the past". Already now I can hear your footsteps going away, which is too bad. Just give it a minute. It's true (in my book anyhow) that you cannot forecast extremely accurate with Elliott waves. That's not its function. Apologies to every Elliott lover. There's simply too many "alternate counts" to make a solid prediction of the future. But it provides a "perspective" - both back in time and into the future. You can use Elliott waves as a mental chess game and it will show you some likely events. Not only that. It will show you the specific points where 3 alternatives are being reduced to 2, and then to 1. So the "perspective" bit is that you don't have an unlimited amount of scenarios, but only 2-3 scenarios. Isn't that helpful? That is something to be grateful for.

The other thing that is really helpful for me is "Corrections". When I started out in technical analysis I could see how clear each trend was. A break above the moving average and prices continued for a long time. The trend is your friend. But corrections against the trend fooled me - especially if they made prices break below the moving average. This was a major nuisance for me because I didn't understand "why" prices needed a break in the opposite direction. Not until Elliott waves gave a divine and understandable reason based on natural science. So corrections are no longer an enemy, but a relished friend. I understand them and I welcome them as a natural guest, and I can even forecast them. All thanks to Elliott waves.

The conclusion is that Elliott waves are worth your time. Don't go overboard and analyze each subwave because the topic of Elliott waves is actually quite complex, and you don't need that. Understand the big wave patterns and use this as a mental chess game scenario in combination with your other types of analysis. One extra thing that I love is that I can talk to a fellow Elliott guy and with just a sentence say where I think we are in the overall scheme of things. The graph on the right shows the total outline, and I could for example say that "I believe that we are in the last wave toward an A low" (see the blue arrows on the graph), and a "fellow Waver" will know what I mean. And there's specific points where the analysis tells me whether my reasoning is right or wrong. I've found no other system that can give me that kind of outlook.

So perspective, corrections and outlook. Three things wrapped into a chocolate egg. I like toys and I sure like chocolate. 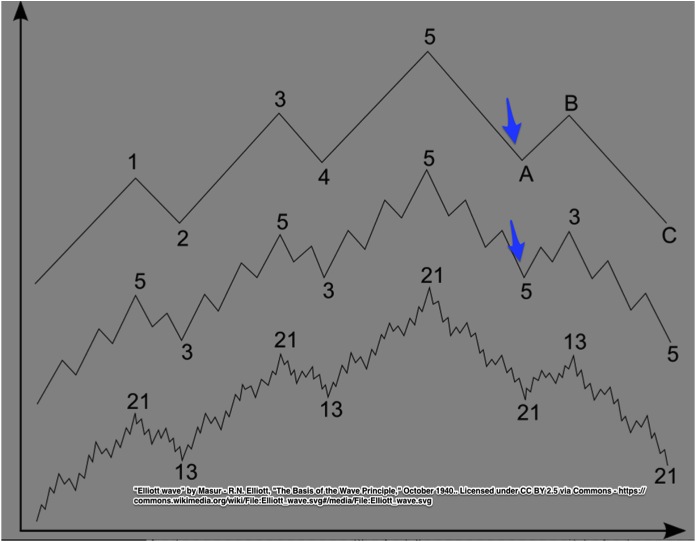 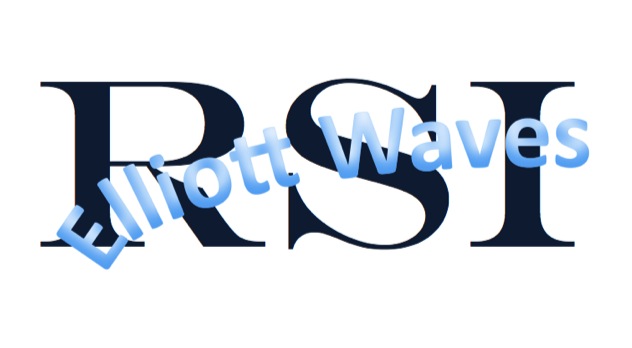