The Dragon and the Knight

I want to tell you a bedtime story of the Dragon and the Knight. There once was a Knight who tried to find the way to the magical city. He tried his best and started on the right track. But suddenly a devious dragon called Weight jumped in front of him and it came to a mighty battle.

This could turn into a long story, so let's skip the middle part and go straight to the end of the story: The Knight battles with the dragon and loses. Bummer! So the Knight doesn't make it to the magical city. Not this time, anyway. This is turning into a frightening story (so I'm going to sleep with the lights on tonight).

OK, I'll skip the Knight part. This story doesn't work. You realise, of course, that I'm trying to play the Knight that is battling the evil dragon called Weight. No use pretending to fool you. I'll take the helmet off....da daaa. It's just me, trying to tell you about my blunders (i.e. the dragon).

When I review my own forecasts and track record I mostly focus on my blunders. I do that to keep me sharp and to improve. Sometimes I focus on my successes too (but that is just when I'm down and need to feel OK again). But the real job is reviewing the blunders in order to understand what went wrong and how I can correct it. Not that I'm under the illusion that I can totally avoid the same mistakes, but I can perhaps cut down on the number of mistakes if I'm good. All in all it's a great way to understand yourself and your own biases and folly. And I've found that a good number of my blunders stem from applying a wrong Weight (that frightful dragon) to the different parts of the analysis.

I always have to wait until the dust settles before reviewing my past blunders. When you are no longer emotionally involved in your blunders, you can review them more clearly and detached. And hindsight is such a wonderful mirror where everything is clear and obvious. "Why did I make such a mistake?". The whole thing is obvious now. At least at "that junction" I should have recognised the implications and changed course...only I didn't. The point is that hindsight is magic dust that makes everything clear. And this means that we can learn from it.

Let's take a real example from last year for understanding. I had a lot of really good forecasts going on, but there was one particular forecast that didn't go as planned in the initial stages. Let's call this forecast "Yummy" - just to give it a fictitious name. At first I didn't really pay attention to Yummy because there was a host of good forecasts that went along nicely as planned. But hiding among the good ones there was Yummy, acting like a small stone in the shoe. It didn't hurt too bad at first, but it was a small nuisance. Lesson 1: Pay attention to nuisance. Small stones can grind your foot into a sore mess.

My first action was "no action" - i.e. wait a bit longer to see if the issue would resolve itself and go the way I wanted it to. Lesson 2: Things doesn't work out just because you wait. Lesson 3: And things doesn't work out just because you "want them to". My waiting really didn't help. It just let time pass, and did nothing to help the situation. Lesson 4: Don't expect stones to jump out of the shoe by itself. Stones have no legs. They cannot jump by themselves. I thought you knew that, Tom!

Once the discrepancy between my forecast and reality (that cold, unforgiving, got-no-heart bleeding reality) got really obvious I started to pay attention. That's good. Nothing like pain to get your attention. So I started assembling all the facts again. I looked at the Business Cycle, I looked at the Technical analysis and I looked at all the Fundamentals. My first point was whether I had missed some facts or whether I had missed some recent development. It turned out that everything was fine. Lesson 5: Always check your facts and recent developments. (This point was ok, but I lost the game anyhow).

With all the facts taped on the blackboard like in a detective movie, I started doing the weighting again. You see this in detective movies where they stick pieces of paper on a blackboard, and then connect them with red cotton threads. It looks really good and mysterious with a blackboard full of papers, mug shots and red threads all over. Of course, that is not how Scotland Yard or any sane detective would do it, but it looks great in a movie. I do the same stuff with the red cotton thread - metaphorically speaking. I connect all the pieces of the analysis with a red thread to find a story and a meaning, and then I weigh all the evidence. This is where the Dragon enters with a mouth full of fire.

It was in this weighing process I made a mistake with Yummy. I could see that I had put too much weight on small evidence and not enough on the big evidence. The small evidence was really intriguing and nice and interesting...and I almost totally ignored the solid, hard, real-life-grey evidence. I like fancy, intriguing things, and tend to glaze over the boring but solid, real, hard evidence that has stood the test of time. No, I'm not talking about my relationship with women, if that's what you are thinking. But the analogy is not far off. The result was that I focused too much on some intriguing evidence that was really alluring and interesting me, and I didn't properly weigh the solid evidence. Today, of course, it is blatantly obvious that prices went along the path that was predicted by the boring, solid, hard, real-life-grey evidence. Lesson 6: Put the right weight on the evidence. Don't ignore things just because they are boring or old-fashioned.

So the mistake I made was the dragon called Weight. As you can see, the real villain is not Weight, but my own fascination and biases. In another story for another time you will see another dragon. There no shortages of dragons, you see. They creep into every story.

Let's get this straight: It's not an easy job to weigh the evidence. So it won't go fine every time - even if you try to put the proper weight on all the evidence. In this case I applied the wrong weight due to my fascination. And instead of just making this one mistake, I went and doubled it. Sigh. Once I realised that I made the mistake of using the wrong weights, I corrected the mistake in the evidence...but had a hard time taking the conclusion to its proper length. It's not like I tried to hide my mistake - that is a good thing at least - because I showed how the weight was wrong, and the right way to do it. But I couldn't take the mental leap from the old scenario to the new scenario fully. It was hard for me to erase the old scenario, and go fully to the conclusion that the new weight suggested. That was a big leap. Instead, I tried sort of a "half-thing" between them. And of course that didn't work. The price action went full steam ahead to where the "right weight" said it should go. No half-thing there. Lesson 7: Once you realise you've made a weighting mistake (don't beat yourself up about that) then be a man about it and embrace the new scenario wholeheartedly. Don't go only half-way (if you do, then you should beat yourself up).

So that was the story of the Dragon and the Knight. I'll put my helmet and sword at rest for now. The morale of the story is that if you want to travel to the magic city of Yummy, you have to pass the Dragon called Weight. Battle your dragons and find the magic City.

Bedtime story over. Sleep well. Are you OK.....or shall I leave the lights on for you? 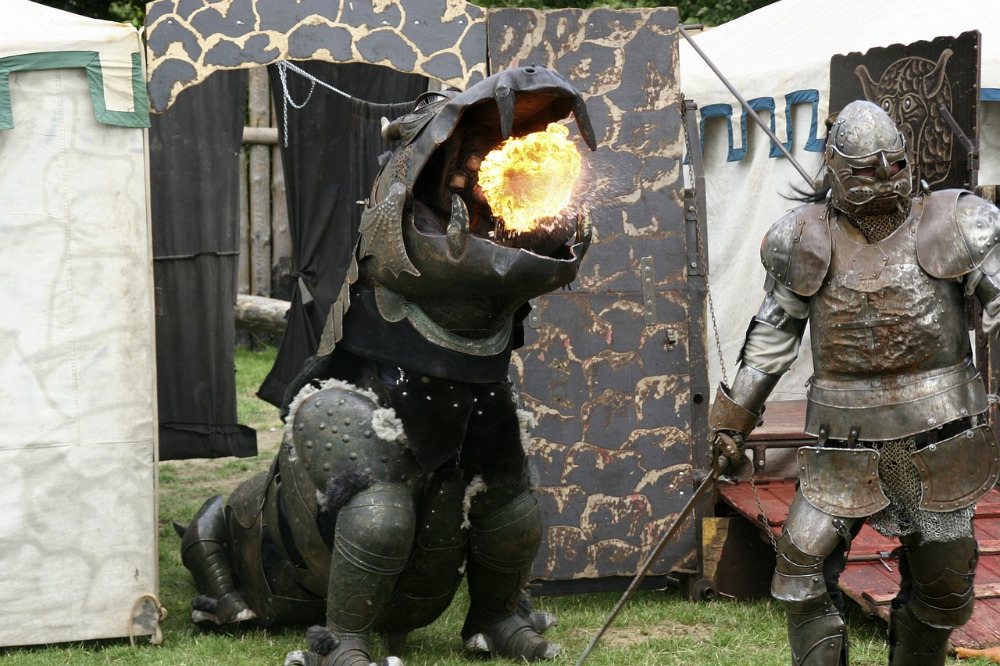 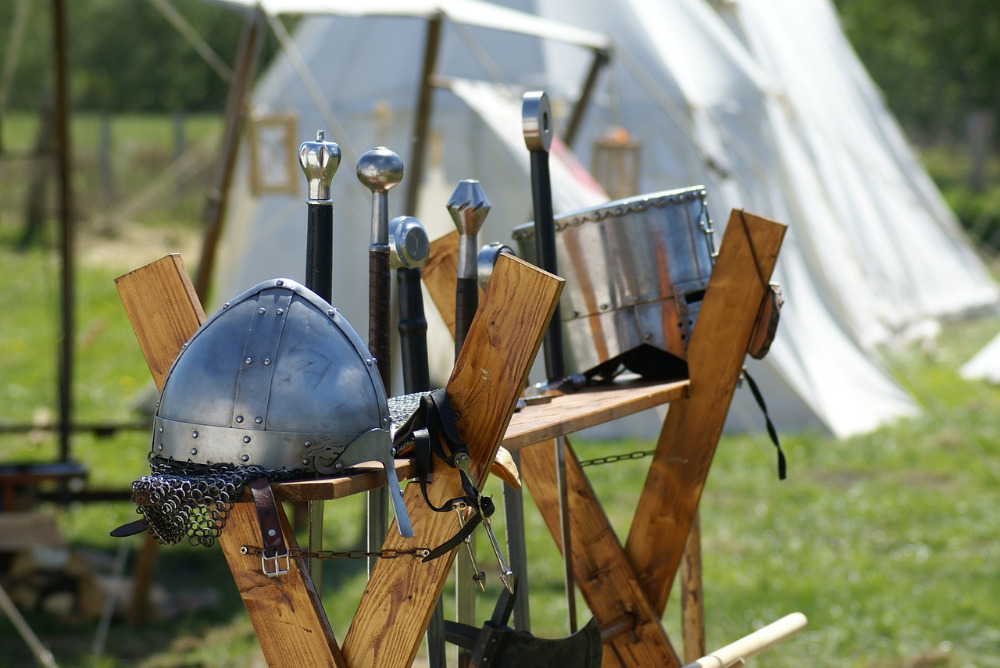