Can you guess what the picture on the right is?

If you answer correctly then you are likely familiar with the 80’s and fast-food joints. Yes, it’s a pinball machine (or flipper machine). But the question is: What are those 3 round things? Ah, I got you there!! You know what they are, but you don’t know what they are called. They are called bumpers (I had to look that up, by the way). I remember playing those machines in the 80’s (gosh, I feel old when I say that), and there was a very satisfying “thump” sound when the pinball hit the bumper. Thump. Thump-thump. Well, recently we are getting the exact same thump-thump in the stock market.

I use the German DAX as a general representation of the European stock market. In the chart on the right “The Bumpers” are the two black trendlines. The market gets a really good whack in the opposite direction when it hits the bumper. So we are basically playing pinball machine here.

The two trendlines are called KCT - the Kennedy Channeling Technique- and I write about this really fascinating technique here. The green line shows what we can expect “if” the pinball keeps hitting the bumpers.

When we play pinball we all know that the ball is not going to hit the bumpers many times in a row. You don’t get half an hour of bumps, but you often get 3 or maybe even 5 bumps. But you know it’s a short duration only. It’s the same thing in the stock market. The KCT trendlines are also meant to function for just a short while. We have already seen 3 bumps, and that is the minimum. So the DAX is now allowed to break above the upper trendline (indicating a new and regular uptrend). But we can also get 5 bumps instead of 3. That would be the green line. So what is it going to be?

From the beginning I expected 5 bumps. Of course, we don’t know anything for sure, but that’s what I initially expected. So it will be interesting to follow. As long as the MACD is below the red line, the odds are that we are going to see 5 Bumps like the green line. (By the way, notice how the MACD did a really good job in December in calling the break above the moving average a false signal).

We are not dealing in certainties or in forecasting here. It’s simply a matter of following what the market decides, and make the appropriate action. We made a bump at the lower trendline and this told us that we needed a run for the top trendline. So the conclusion is that we are still positioned on the long side for now, and we simply monitor what happens when the DAX reaches the top trendline. Right now we are still in Bumper Territory.

I’m not really trying to forecast the market with this post. The DOW and the S&P are not in Bumper territory, so there’s a divergence between the US and the (so far) much weaker European market. I just wanted everyone to notice the Bumpers in the DAX and be ready for a market decision when we reach it.

If for some twisted, nostalgic reason you want to hear the pinball thump sound again, and remember your days at the grill, you can see a short 1 1/2 minute video that someone made on YouTube:
https://www.youtube.com/watch?v=ztmtnCX7tjk

The only (unanswered) question I have: Is the stock market really our modern day version of the pinball machine? The ball is rolling and bouncing and it does its own thing all over the board. All we have are two flippers that give us a feeling of some control over the situation, however illusory that is. Are we really just playing flipper? 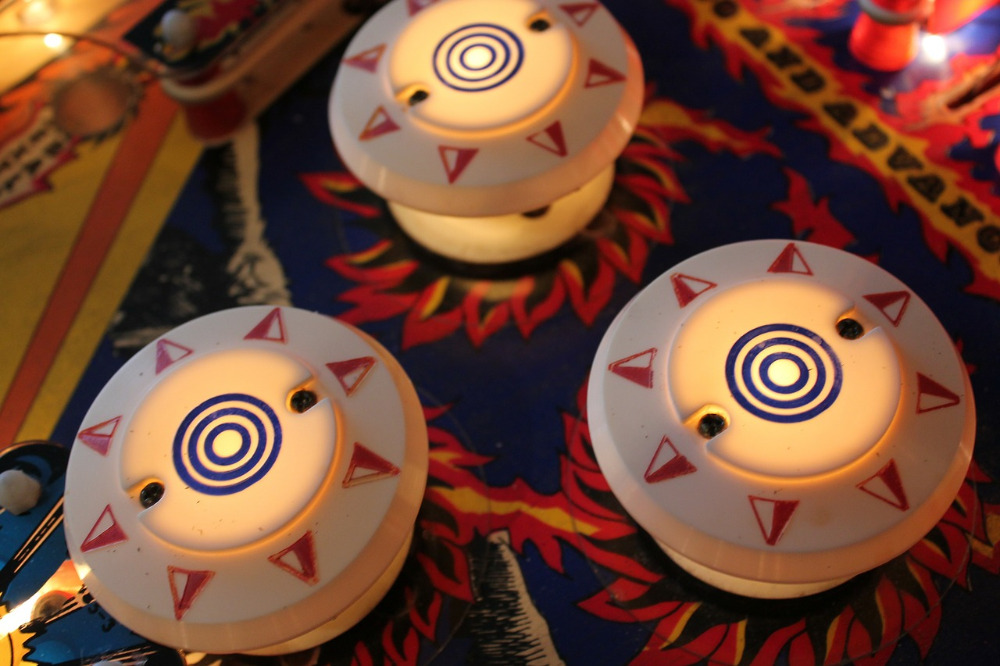