Two roads diverged in the woods

Have you ever hiked in the woods and at some point gotten a little confused as to the right direction, and had to look for signs...? I was actually trekking in the French alps some years ago when I met a sign like this (on the right). Eh, what to do?

Two roads diverged in a wood, and I—
I took the one less traveled by,
And that has made all the difference.

In financial analysis we often find ourselves at two roads diverging. Do you take the bullish road or the bearish road? It's easy if our models point strongly toward one of them. But a central question I get quite often is "What if the models give conflicting views?". Fortunately I have a clear game plan for this. That's topic of the day.

What if the technical analysis points to a bullish outlook and the fundamental analysis point to a bearish outlook? Or vice versa? Please check the chart on the right, displaying wheat prices with a moving average (as a very simple model of technical analysis) and a grey band (as a model of the fundamentals of wheat). In this case we're looking at wheat but we could equally well be looking at Apple stock prices or something else. The grey band is the topic of another blog, but suffice it to say that it is a regression model that depicts the fair value of wheat, based on all the available fundamental data (supply, demand, inventories, cost drivers, speculators, economy, seasonality etc.). A price inside the grey band is considered fair.

Situation C, however, displays a real conflict. The technical analysis says that prices are falling below a long term moving average, claiming this to be the start of a long term downtrend. The fundamentals, however, claim that there is enough bullish development in the fundamentals to push the fair band higher and higher, keeping the uptrend alive, above the black line moving average. So the technical analysis is bearish and the fundamentals are bullish. How to resolve this?

At point C I don't want to hedge wheat prices (no matter what the fundamentals say). Here I listen 100% to the technical analysis because prices are below the moving average. I realize, of course, that the downtrend is perhaps not really long term but only a way for the bubble to implode and correct down into the fair band. So I listen to the fundamentals and let them provide me some perspective, but I act on the technicals (i.e. don't hedge). Once price are inside the fair band again, I look for a possible price reversal and break above the price moving average (which came a bit later). At that time both models agreed that prices are in an uptrend again, and so we can hedge.

The conclusion is that when people ask me how I choose between conflicting models, I have a clear plan. The reason behind the 100% - 60% rule is partly based on "risk". Making a long term hedge (when prices are above the moving average) is a big decision, and I don't want to make a bad call because that is costly - especially if we fix a contractual hedge that cannot be terminated again. That's why I want the fundamentals on my side as well. Otherwise the risk could be too high. But in situation C to abstain from making a hedge when prices are below the moving average is almost a no-risk decision. We simply let prices fall. The price decline may not be big, but at least we let it fall as much as the market permit, and there is little risk in this.

If you have a keen eye you have already spotted a new conflict at situation F. The fundamentals are giving a buy signal right now, but prices are still below the moving average. So what to do? Two roads diverge in the woods. Well, now you know my method. I don't start a multi-year hedge despite the fundamental view, because prices are below the moving average. But the fundamental situation is flashing a warning signal to indicate that I should keep a sharp eye on the development and have a hedging plan ready. I load a bullet in my gun, but I don't squeeze the trigger yet.

Take a look at the graph. How often do the models disagree? Actually only at point C and D. This gives a very clear conclusion - the models agree the vast majority of the time. So the frequent question I get about "conflict" is off the charts. The overwhelming stretch of time is one of harmony. I like that. You will appreciate this too next time you go trekking in the French alps. 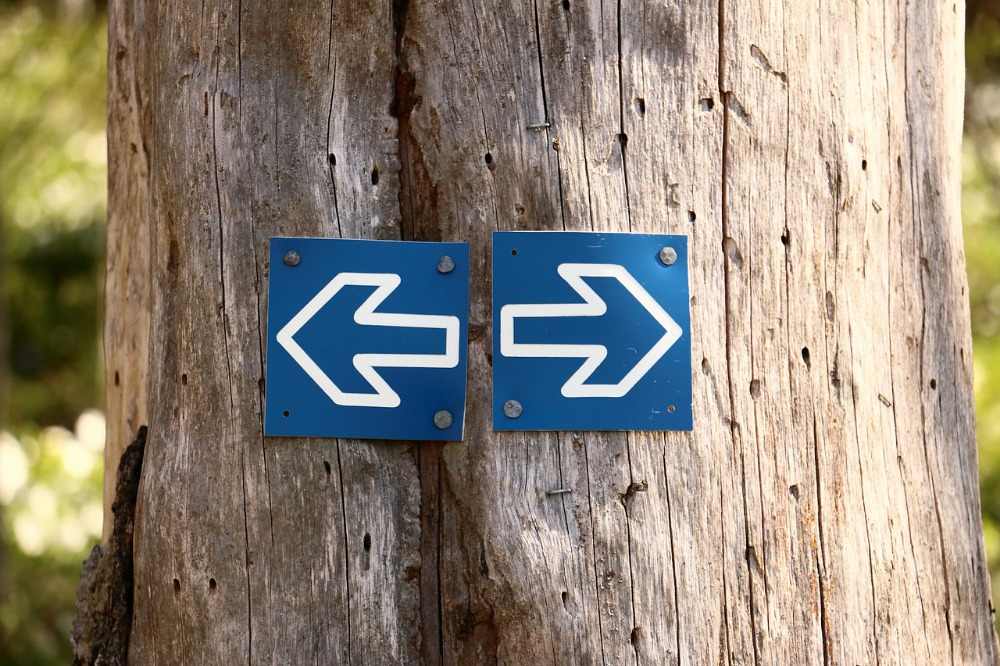 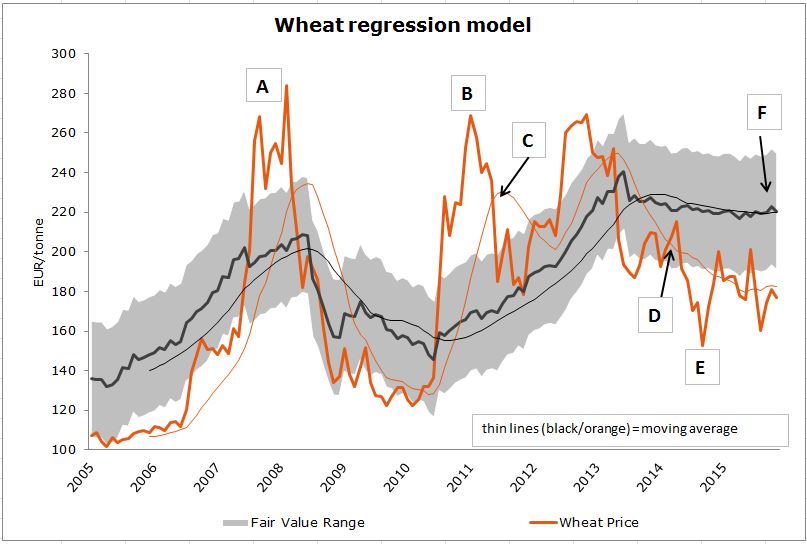